Yes. people with increased melanin content tend to, but not always, age better, and it is scientifically acknowledged.

The sun is most ageing. Melanin is produced in skin specifically to absorb parts of the light spectrum that damage DNA and other cellular components. This protective barrier impedes the damaging effects of the Sun that so often lead to conditions of the skin that manifest in broken elasticity. It is the breaking of this elasticity in the skin which causes ripple effects in the skin surface that make skin lose is appearance of lustre and shine.

Add ss to this cultural tendencies, eg many Black people have a wonderful tendency to moisturise even without the sun. Especially when they use vitamin E as a base of their moisturiser, they inadvertently add additional sun reflective properties to the skin that protect DNA from damage. Overtime these protective effects become evermore apparent and as such people with typically darker skin pigments tend to pass off decades below their actual age past say 40 upwards. This phenomenon is acutely observed when contrasting the skin of aged sunbathers and a dumbed users with those whose habits were opposite. Heavy Sun exposure without melanin protective properties or protective behaviours, tends to leave aged skin looking “ leathery” in texture.

– This is from Quora 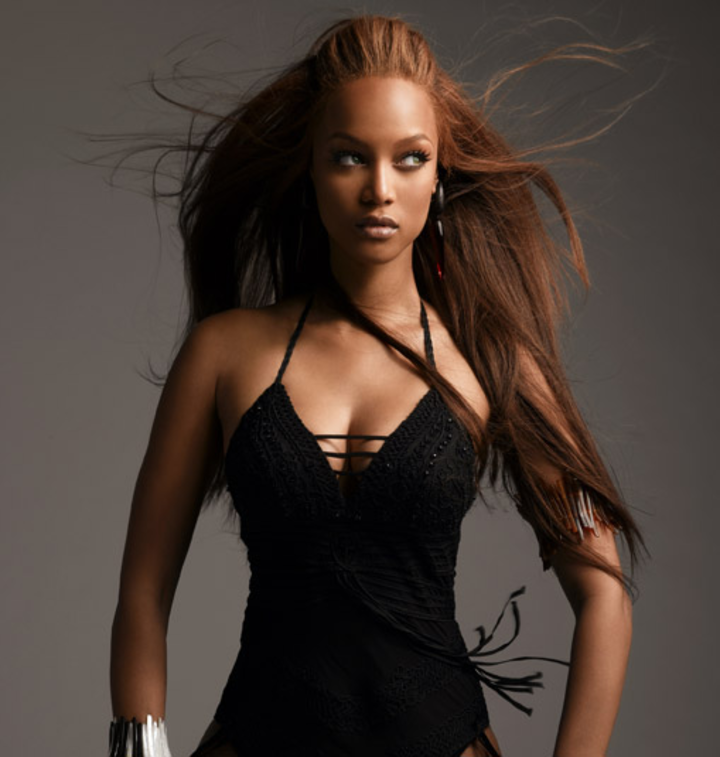 We all know the skin we’re born with is the skin we grow old with, but what if that wasn’t the case? And why is it that some of us age much faster than others?

Olay recently conducted a Multi-Decade and Ethnicity (MDE) study to understand the skin aging process. Conducted with Dr. Alexa Kimball of Harvard Medical School, the study examined 350 women from four different ethnic groups and spanning six decades, with participants ranging in age from their 20’s to 70’s. Their findings won’t surprise you. “Women of African-American background aged slower than women of Caucasian background as far as skin appearance was concerned,” says Olay principal scientist, Dr. Frauke Neuser. “In fact, the aging process seemed to be slowed down by about 10 years.”

As the company continues to seek to better understand the drivers of aging, we asked Dr. Frauke Neuser to weigh in and dig deeper into Olay’s findings.

ESSENCE: There are rumors that darker skin ages more “gracefully” than lighter skin. Is this true? If so, what’s the cause?
Dr. Frank Neuser: In Olay’s Multi-Decade and Ethnicity Study we have found that women of African-American background aged slower than women of Caucasian background as far as skin appearance was concerned. In fact, the aging process seemed to be slowed down by about 10 years. We believe this is not just due to the higher melanin content in their skin which serves as natural UV protection—although it certainly plays a role. We are now studying the exact molecular pathways in dark and light skin more closely to determine what drives this apparently slower skin aging process.

ESSENCE: Can you briefly discuss your new findings and how it relates to African American women?
Neuser: We have definitely seen that women of African-American background aged comparatively slower [that Caucasian women]. The study also revealed twice as many exceptional skin agers in this group—women who looked more than 10 years younger than their real age—than in the Caucasian study group. This does not mean women of African-American background don’t experience visible skin aging, but on average less/ later than lighter skin types.

ESSENCE: Even if you’re an Black woman with great skin, what are a few ways to minimize aging?
Neuser: We know that there are always two main factors that determine how well your skin ages—your genetic predisposition (intrinsic aging) and your habits and environment (extrinsic aging). You obviously only have control over the second part—but it can contribute as much as 80% to your aging. In addition to the usual suspects (no excessive UV exposure, don’t smoke, balanced diet, etc.), a good skin care routine can make a huge difference to the health and appearance of your skin – especially getting started on it early vs. when you already see signs of aging. Recent research Olay has conducted also showed that air pollution can affect your skin.

ESSENCE: Are there anyways to maximize the youthfulness in your skin?
Neuser: If you want to know what your genetic predisposition is to check out your mother’s (or father’s) skin and pro-actively prevent what your future skin problems might be. If your mother barely has wrinkles but suffers from age spots—start using products that can fight these early. If she has a lot of deep wrinkles, start using a peptide containing moisturizer and retinoid containing targeted treatment early on.