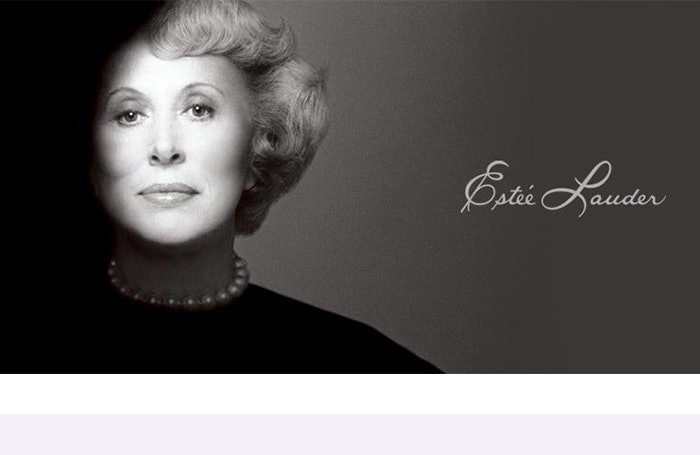 Sometimes we see or hear about influential and successful people flourishing in life and in business and we think it’s been all Peaches and Roses.

We hardly see the struggles, the battles, the hard work and the humble  beginnings that were the foundation that led to the success.

Estee Lauder is going to take us back to that place where we had nothing but an idea and hope to cling on to.

A time when all we could do was be determined, industrious, forging ahead and ignoring the negative world that could hinder our progress if we let it muddy our focus.

That flicker of space where we chose to believe. Believe in ourselves and our capabilities.

It’s about not being afraid to take our gloves of and get our hands dirty.

This is the story of Estee lauder’s shockingly humble beginnings and not the fashion, accessories and cosmetics guru that the world knows her to be.

We are going to uncover the real reason why Estee Lauder became the formidably successful empire that it is today.

“No one ever became a success without taking chances… One must be able to recognize the moment and seize it without delay.”

“I didn’t get here by dreaming or thinking about it. I got here by doing it.”-Estee Lauder

Thanks to the romantic, mythical background she created for herself, little was known of Lauder’s childhood life until 1985. For years, she gleefully misled the media with stories claiming she was a countess of genteel European background. Only when an unauthorized biography threatened to expose the truth did Lauder “come clean,” rushing into print an autobiography titled Estee: A Success Story.

Born Josephine Esther Mentzer in 1908, the would-be Grand Dame of Beauty grew up in the Corona section of Queens, New York. Her background was indeed European-her parents, Max Mentzer and Rose (Schotz) Mentzer, were Jewish immigrants from Hungary and Czechoslovakia, but they were far from high society. Her father owned a hardware store, above which the family lived.

In her autobiography, Lauder admits that as a child she was ashamed of her parents’ “old-country ways” and heavily accented English. “Both were European in every straight-laced way,” she writes, “and I desperately wanted to be 100 percent American.” Working in her father’s store instilled in Lauder an understanding of retailing and entrepreneurship at a young age. But what she really dreamed of was “being an actress-name in lights, flowers, handsome men,” she explains.

Shortly after World War I erupted, Lauder’s uncle, John Schotz, came to live with the family. A chemist who specialized in making his own “secret” skin-care products, Schotz set up a makeshift laboratory in the tiny stable behind the Mentzer’s house and began concocting his creams with young Estee at his side. “I recognized in my Uncle John my true path.I watched and learned.”

Determined to become a scientist, Lauder hawked her uncle’s wares to her classmates at Newton High School, going as far as to give them complete makeovers to prove the quality of her uncle’s products. She learned marketing and merchandising at an early age, saying, “To sell a cream, you sold a dream in the early days.”

But before she could realize her dream of becoming a glamorous skin-care specialist, Estee met and married Joseph Lauter, a moderately successful textile salesman, and moved with him to Manhattan. Shortly thereafter, the couple adopted the original Austrian spelling of their surname, Lauder, which would later add credence to Estee’s false claim that she was born in Vienna.

Throughout the early years of her marriage and even after the birth of her first child, Leonard, in 1933, Lauder continued to refine and improve her uncle’s creams, cooking up concoctions on her kitchen stove. To create a market for her product, she gave free demonstrations and makeovers at salons, hotels, the subway and even in the street. She also began visiting the homes of her clients, where she would make up their friends and sell more cream. It wasn’t long before Lauder was a fixture on the guest lists of New York City’s most influential hostesses.

Realizing that social contacts were vital in the beauty business, Lauder decided to make her childhood dreams come true by becoming an elegant lady of refinement and distinction. Through fabrications and embellishments of the truth and by dressing like her customers and imitating their behavior, Lauder made herself into a sophisticated and debonair lady of beauty-a role that quickly became indistinguishable from reality. But in her single-minded quest for sales, her marriage suffered, eventually ending in divorce in 1939.

After her divorce, Lauder moved to Miami Beach, Florida, where she continued to sell her skin products to affluent vacationers. She also had several affairs with wealthy men she hoped could help with her business. But it was not to be. After three years of searching for a rich prince to make her dreams come true, she grew tired of the chase and realized that she dearly missed her ex-husband. Ironically, it was sickness that brought the couple together again.

When Leonard came down with the mumps, Joseph and Estee reunited as loving mother and father. A new spark ignited, and they remarried in 1942, agreeing to make a go of the cosmetics business together-with Estee in charge of marketing and product development and Joe overseeing finances, manufacturing and administration.

The couple opened their first store in New York City in 1944. After a brief time off in December of that year to give birth to their second son, Ronald, Estee returned to work almost immediately, officially forming Estee Lauder Inc. in 1946. In need of manufacturing and storage facilities, the Lauders converted a Manhattan restaurant into a factory. Estee sold during the day and cooked up the creams and oils for her products on the restaurant’s stoves at night.

In what would prove to be an ingenious marketing move, Estee decided to sell her products only through upscale department stores. Her first target was Saks Fifth Avenue. She convinced Saks to place a large order for her skin creams, which the store promptly sold out of within two days. Her success with Saks convinced Estee that she could compete with such cosmetics giants as Revlon, Helena Rubinestein and Elizbeth Arden. She became a persuasive traveling salesperson dedicated to penetrating every fine department store in the United States.

Her ambition and dedication began to pay off in the early 1950s, as the Estee Lauder line became a regular feature at such prestigious stores as I. Magnin, Marshall Field’s, Nieman-Marcus and Bonwit Teller. But the company was still small compared to the titans. Determined to change this, Lauder embarked on an innovative promotion strategy. Turned down by one ad agency after another because of the small size of their account, the Lauders invested their entire $50,000 advertising budget in samples to be offered through direct mail, charity giveaways and as gifts with purchases. (Lauder’s “free gift with purchase” technique would become a company trademark and later, a standard industry practice.) The result was thousands of new customers.

But the real turning point for the company came in 1953, when Lauder introduced her first fragrance-Youth Dew, a bath oil that doubled as a perfume. Priced at just $8.50, Youth Dew was an affordable luxury for most women, and sales zoomed from a few hundred dollars a week to several thousand. By the mid-1950s, Youth Dew accounted for 80 percent of Estee Lauder’s sales and had transformed the fledgling company into a multimillion-dollar business.

Those who know her have described Estee Lauder as a woman you simply can’t say no to. Quite often, this is attributed to her irresistible charm. But the real reason Lauder has succeeded where others have failed it that she simply refuses to give up.

When she wants something, she’s been known to resort to some highly creative tactics to get it. She used one such tactic to break the prestigious Galleries Lafayette account in Paris. When the manager refused to stock her products, Lauder “accidentally” spilled her Youth Dew on the floor during a demonstration in the middle of a crowd. As the appealing scent wafted through the air, it quickly aroused the interest of customers, who began asking where they could purchase the product.

Seeing this, the manager capitulated and gave Lauder her initial order. Throughout the 1960s, Lauder continued to broaden her product line, introducing (among other things) male toiletries under the Aramis brand name and the first line of fashion-oriented, allergy-tested cosmetics, Clinique. In addition, Lauder set out to conquer the rest of the world, convincing Harrod’s of London and Paris’ Galleries Lafayette to carry her products. By the mid-1970s, Lauder’s products were on the market in more than 70 countries worldwide.

The company continued to prosper throughout the 1980s and 90s, becoming the third-largest cosmetics company in America-with 10,000 employees and sales in excess of $2 billion. By 1999, Estee Lauder products accounted for nearly 50 percent of all retail beauty aids sold in America.

The once struggling skin-cream huckster is now retired, with an estimated net worth from her innovation-beauty in a jar¬-of $5 billion, according to Fortune magazine. Although her son Leonard and her grandchildren now occupy the executive suites, Estee Lauder remains the firm’s creative genius and driving spirit. A classic entrepreneur and innovator who refused to listen to experts, Lauder’s risk-taking mentality and refusal to settle for anything less than the very best changed the world of cosmetics distribution. But Lauder herself explains the secret of her success more simply:

“I was a woman with a mission and single-minded in the pursuit of my dream.”

As a visionary businesswoman, Estée Lauder was honored with many awards during her career. Receiving the French Legion of Honor was one of the high points in her life. She supported numerous civic and cultural programs and other charitable causes, including the restoration of the palace at Versailles and the building of several playgrounds in New York City’s Central Park.

The only thing more important to Estée than the Company was her family, and she was thrilled that her children and grandchildren joined the family business. Estée retired in 1995 and passed away in 2004.

The core values that Estée established — respect for the individual, integrity, generosity of spirit, entrepreneurship — remain at the heart of The Estée Lauder Companies, now the global leader in prestige beauty. Today more than 46,000 employees continue Estée’s bold, breakthrough efforts, with a commitment to helping millions of consumers discover and express their own beauty.

With Frank Sinatra and Nancy Reagan

The world has changed dramatically since Estée Lauder created her brand in 1946. But the core values she embodied are more relevant and more inspiring to women of all generations than ever before. Today the Company engages with women in more than 150 countries and at dozens of touch points — both in stores and online. And each relationship consistently reflects Estée’s powerful and authentic convictions and unique point of view 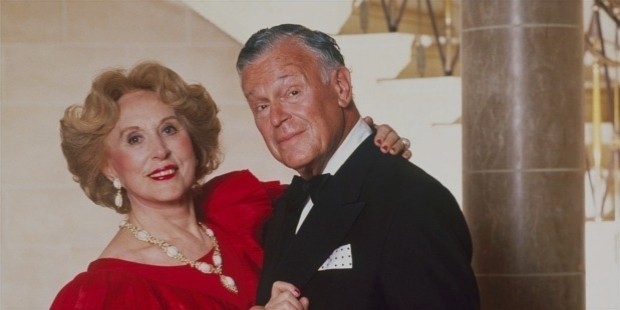 Estee Lauder built a cosmetics empire on the motto, “There are no homely women, only careless women.” By convincing those “careless women” they could become beautiful¬-with a little help from her products-she took on the giants of the cosmetics world and won. Starting with little more than a dream, through extraordinary ambition, impeccable taste, perseverance, innovative marketing and hard work, this creative visionary became the wealthiest self-made woman in America and created a family dynasty that continues today.

Estee Lauder has become famous for such “Lauderisms” as “Create your own style,” and “Don’t be afraid of the trial-and-error approach,” which she claims were part of the ticket to her success. In her 1985 autobiography, Lauder offered the following 15 rules as advice to aspiring entrepreneurs. 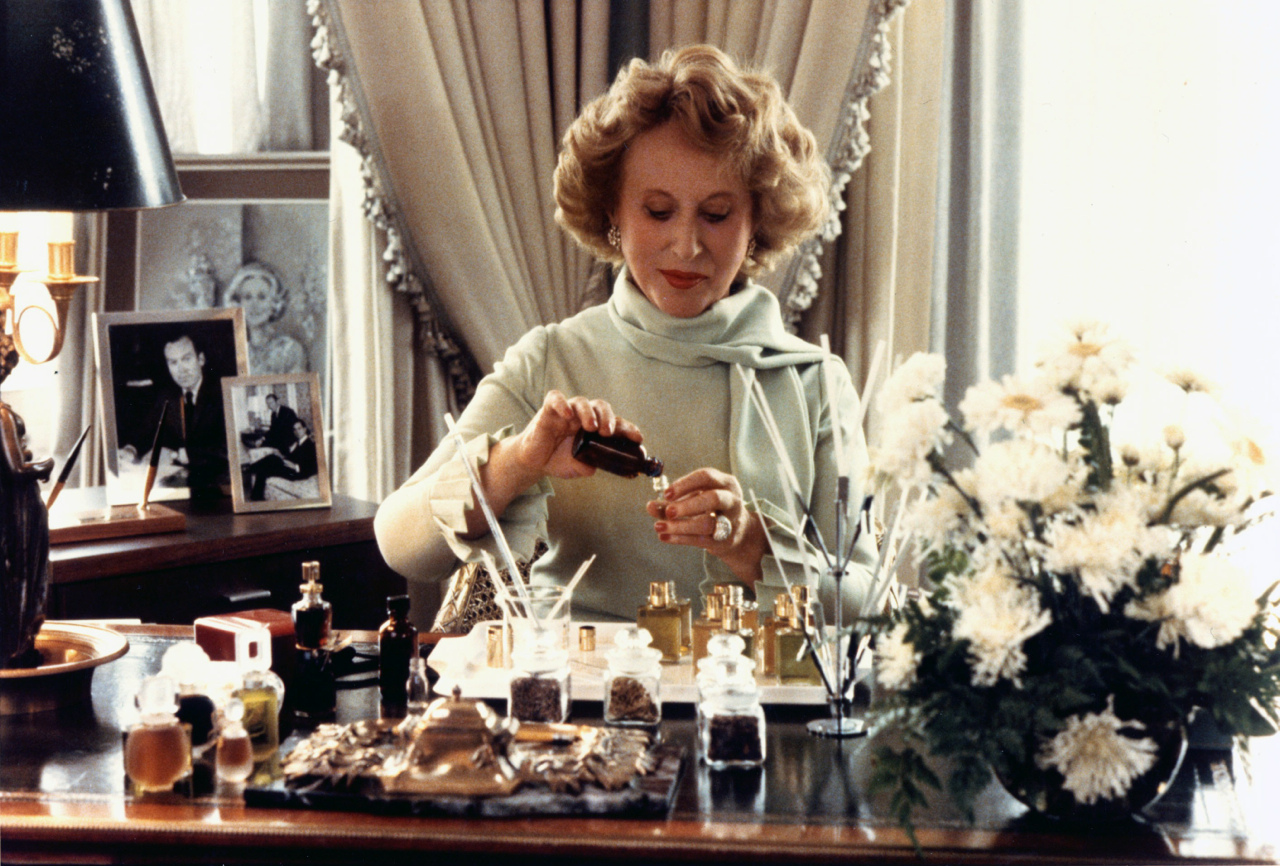